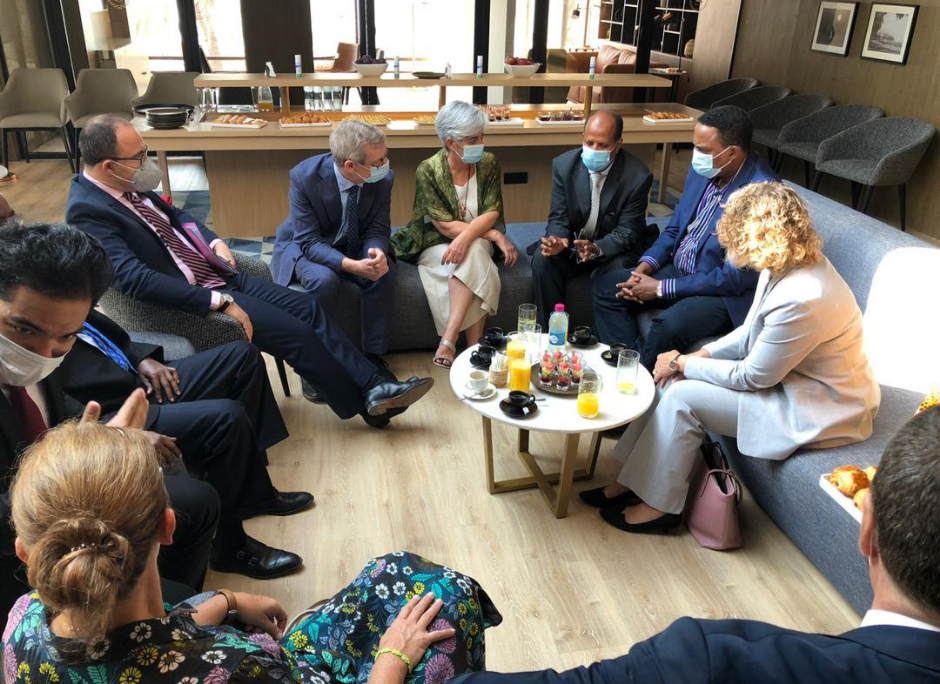 No country is immune to those who would use violence to achieve their goals.  The January 6 events in Washington DC and the incident in Tadjourah last Thursday night demonstrated that unfortunate reality.  I would ask for a moment of silence in recognition of the law enforcement officers who lost their lives in both events.

The adoption and validation of Djibouti’s National Action Plan to prevent and counter violent extremism represents the culmination of a long and concentrated effort made by many of the distinguished experts here today.  Your hard work has paid off.  This event marks an important milestone in Djibouti’s efforts to keep the country free of those who use violence to achieve their goals.  It will play an integral role in maintaining peace and stability in the greater IGAD region.

The U.S. government places countering violent extremism at the forefront of its national security strategy.  We know that we have to work together to improve our readiness and resilience in the face of extremism.  The fight cannot be conducted in isolation.  This is why the U.S. government supports the work of IGAD and applauds this National Action Plan.

The United States has played a sizable role in supporting the IGAD Center of Excellence for Preventing and Countering Violent Extremism.  Through financial and logistical support, the Department of State and USAID have partnered with the Center since its inception and with the Government of Djibouti to conduct research and analysis, develop counter-messaging, build capacity, and engage with civil society organizations.

We commend the Center for validating Djibouti’s National Action Plan and for the programming it has already undertaken in this domain.  The Center, through its goal-driven initiatives, has gained influence, access, and credibility throughout the region.

We congratulate the Government of Djibouti – in particular the Ministry of Justice and Ministry of Foreign Affairs – for its efforts in developing this plan.  Research shows the effectiveness of raising awareness through education and youth engagement, particularly by community and religious leaders.  Additionally, the Action Plan’s focus on strengthening law enforcement and judicial capabilities will solidify the mutually reinforcing relationship between preventing and countering violent extremism.