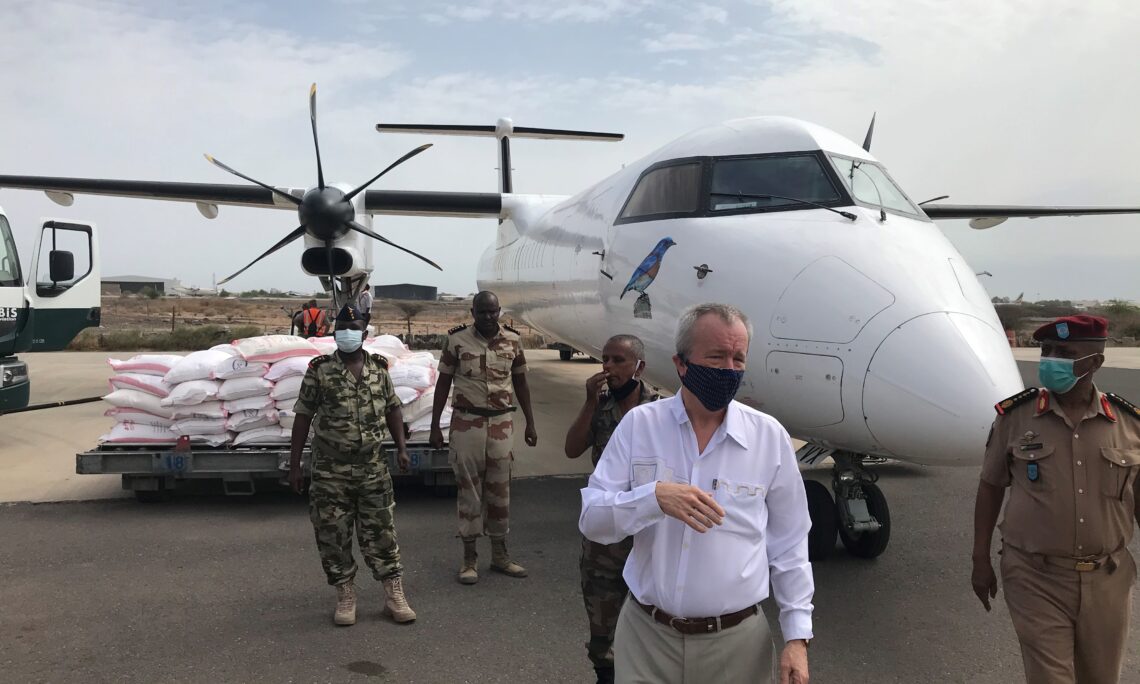 On Tuesday, July 14, 2020, the United States began transporting 90 tons of food aid provided by Djibouti to the people of Somalia.  Djiboutian AMISOM forces delivered the food aid to Somali authorities in Beledweyne and Afgooye for distribution to the population following floods and locust infestations.

United States Ambassador to Djibouti Larry André observed the loading of the last shipment of Djiboutian food aid onto U.S.-funded aircraft at Djibouti International Airport on August 4, 2020.  The United States partners closely with Djibouti and all AMISOM countries in their courageous effort to help Somalis bring security to their country. Together, we make the Horn of Africa, East Africa, and the world safer.