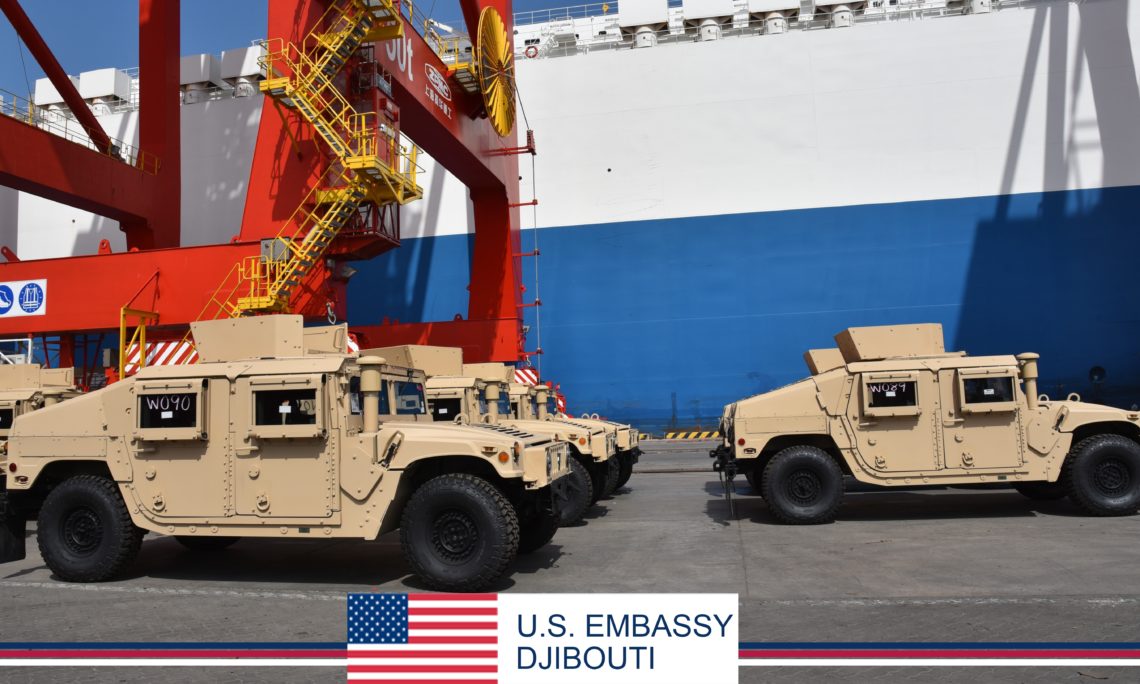 A shipment of 54 new Humvees arrived in port at Djibouti City, Djibouti this week, as part of a $31 million train-and-equip partnership between the U.S. government and the Djiboutian military.
The military vehicles will be delivered to the Armed Forces of Djibouti (FAD) for use by its Rapid Intervention Battalion, a FAD advanced infantry battalion being trained and equipped by the U.S. military.
The $31 million train-and-equip deal facilitated by U.S. Embassy Djibouti, U.S. Africa Command, U.S. Army Africa, and Combined Joint Task Force—Horn of Africa reflects the strong, enduring, and cooperative relationship enjoyed by the United States and the Republic of Djibouti.