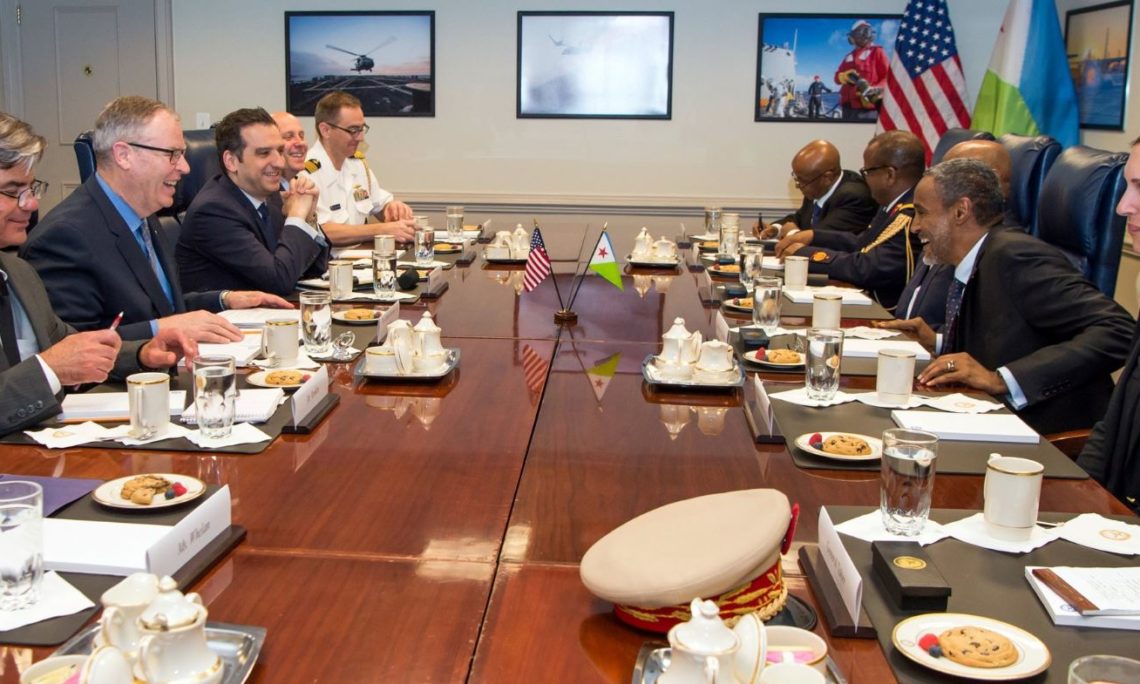 Media Note
Office of the Spokesperson
Washington, DC
May 19, 2017

On May 18, U.S. and Djiboutian officials met in Washington, D.C. on the occasion of the third annual U.S.-Djibouti Binational Forum.

The Binational Forum was created to enhance strategic cooperation and strengthen the U.S.-Djibouti bilateral relationship. The Djiboutian and U.S. delegations addressed a range of political, economic, development, and security issues. This year’s forum was also notable with the Djiboutian delegation’s announcement that Djibouti will join the Coalition to Defeat ISIS. Members of both the U.S. and Djiboutian delegations spoke of the positive “extraordinary moment” in bilateral relations following the recent visit by U.S. Secretary of Defense Mattis to Djibouti and discussed ways to further enhance the bilateral relationship and strategic cooperation.