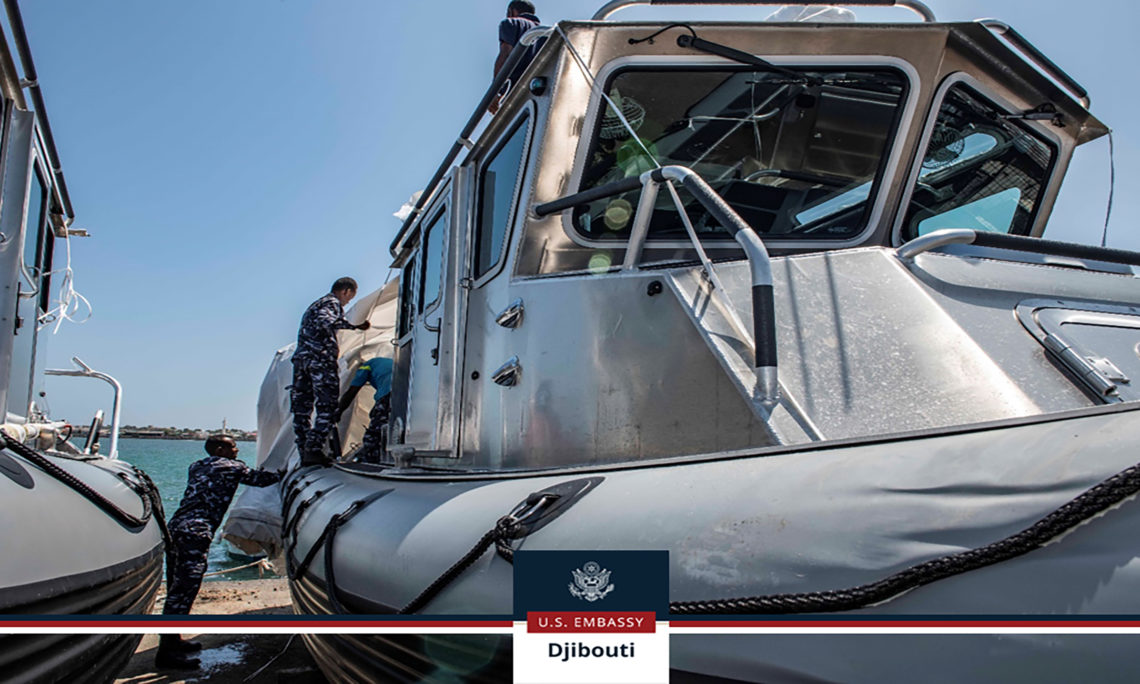 Four Defender patrol boats arrived in port at Djibouti City, Djibouti, in two shipments in late February as part of a train-and-equip partnership between the U.S. Department of State and the Djiboutian military.
The 27-foot boats were delivered to the Armed Forces of Djibouti (FAD) on February 22 for use by the Djiboutian Navy.
Defender patrol boats combine an unmatched ability to conduct high-speed maneuvers in a compact deployable package.  They are used extensively by the U.S. Coast Guard and other Department of Homeland Security agencies.