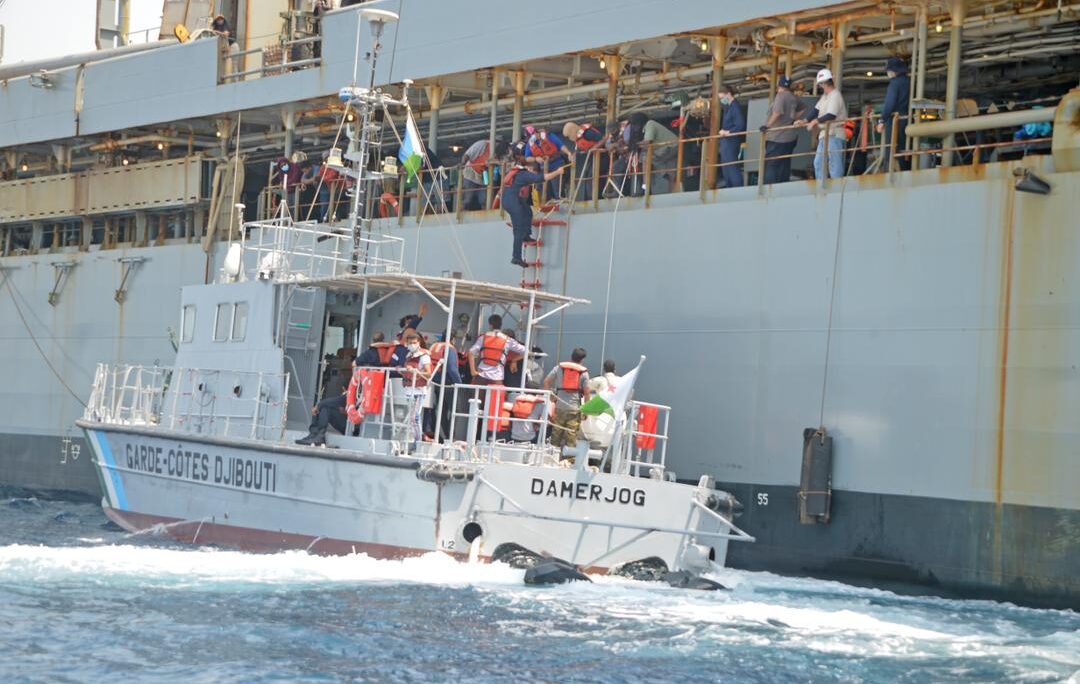 On June 10, 2021, representatives from U.S. Embassy Djibouti and U.S. armed forces joined the Djiboutian Coast Guard in facilitating the transfer of 15 stranded seamen to the Port of Djibouti. The rescued cohort included Indian and Egyptian mariners that were stranded in the Gulf of Aden after the Vessel Falcon Line experienced engine failure at sea.  Upon notification that the Vessel Falcon Line was sinking, a U.S. Naval ship assigned to the U.S. 5th Fleet provided emergency assistance, offering the distressed seamen food, water, and medical screening, before the United States and Djiboutian Coast Guard sent a vessel to rescue and transport them to the Port of Djibouti.

Coordination between U.S., Djiboutian, French, and other partners and allies to facilitate aid for the stranded mariners resulted in a quick-response rescue and repatriation effort.  The United States works closely with coalition forces and regional partners to facilitate emergency response missions of this kind to mariners across the globe.