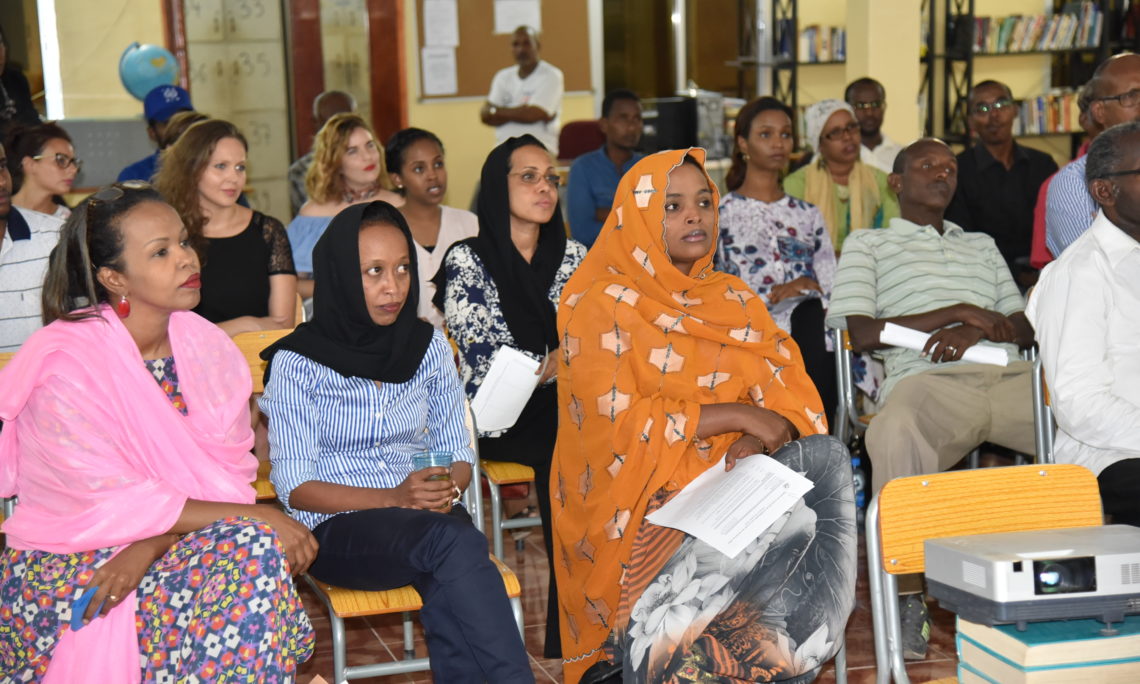 On Thursday July 28, the U.S. Embassy hosted the public at the American Corner to commemorate the 2016 World Day against Trafficking in Persons (TIP).
In her remarks, Charge d’Affaires a.i. Christina Higgins noted that, “trafficking is a crime that exists in all countries.  Some 600,000 to 800,000 victims are trafficked globally each year, with women and children making up the largest group of victims.  Victims often cross international borders; however, they  can also be trafficked within their own countries and communities, such as being forced to work as household staff or sex workers.  We are here tonight to raise awareness about human trafficking and to learn from each other about how we can prevent it. We urge all nations to join the fight against this global problem.”

In addition to hosting a panel of experts from UNFD, the Ministry of Justice, Caritas, and IOM, the U.S. Embassy also showed the United Nations Office of Drugs and Crimes (UNODC)-sponsored documentary, Affected for Life which features testimonies from trafficked victims from all over the world.  Panel participants then shared their experiences working with groups vulnerable to trafficking, namely migrants, street children, and women and discussed future training opportunities to enhance the understanding of human trafficking.