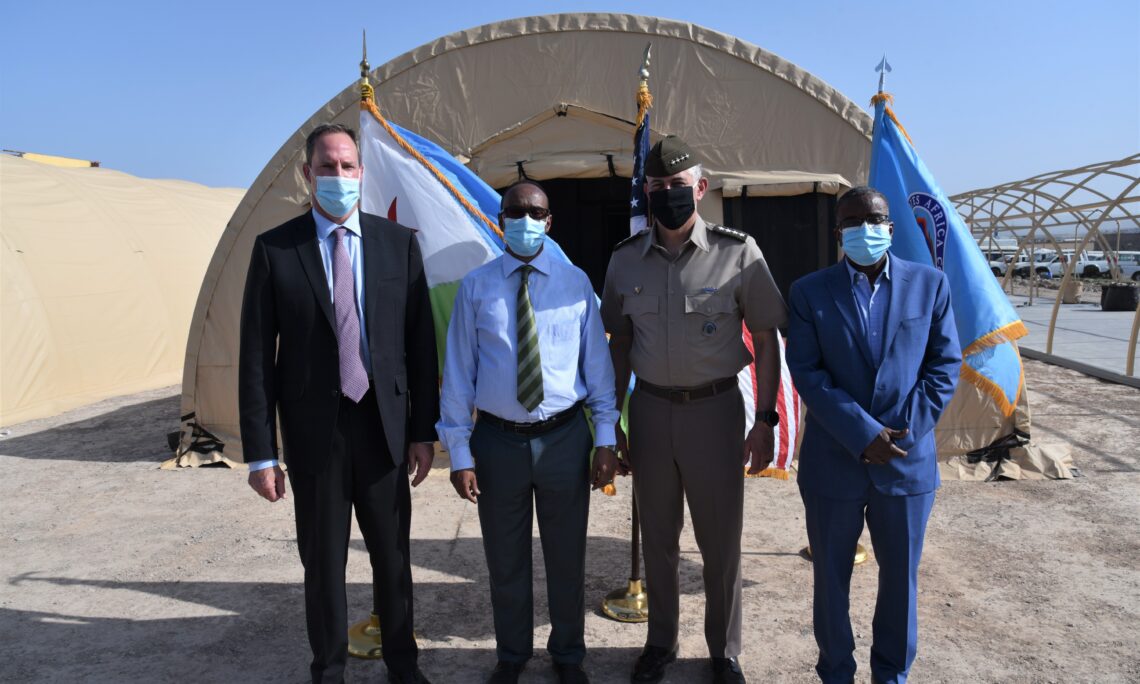 U.S. Army Gen. Stephen Townsend, Commander, U.S. Africa Command, travelled to Djibouti May 14-18, 2021.  During the visit, he presided over the Change of Command ceremony for Combined Joint Task Force – Horn of Africa, where U.S. Army Maj. Gen. Lapthe Flora relinquished command to U.S. Army Maj. Gen. William Zana.  Townsend also joined U.S. Ambassador to Djibouti Jonathan G. Pratt for a meeting with Djiboutian Foreign Minister Mahmoud Ali Youssouf ; and met with Djiboutian Minister of Defense M. Hassan Omar Mohamed, and Chief of Defense Maj. Gen. Zakaria Chekh Imbrahim.  During the visit, the leaders discussed security in Djibouti and the region and their dedication to working together on the mutual goals of regional stability, security, and prosperity.

The partnership between Djibouti and the United States remains strong as we work together to address the COVID-19 pandemic.  U.S. Africa Command has contributed $6.2 million to Djiboutian COVID-19 relief efforts since the start of the pandemic.