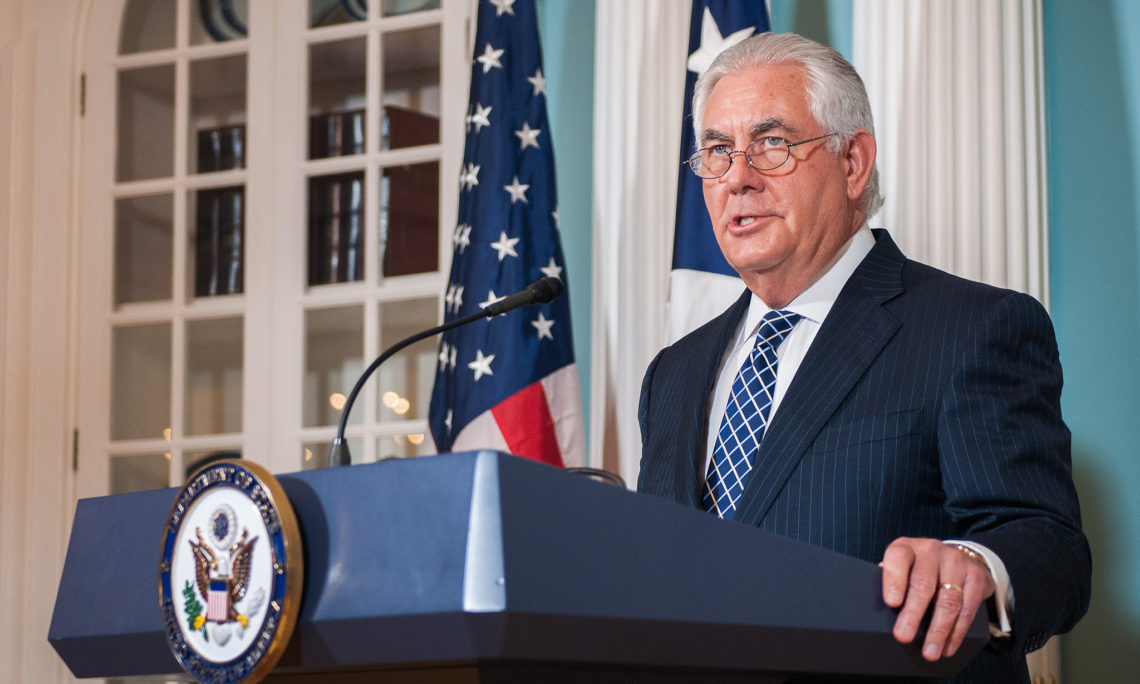 SECRETARY TILLERSON: Morning, all. We are releasing today the 2016 International Religious Freedom Report. This report is a requirement pursuant to the International Religious Freedom Act of 1998 – legislation that upholds religious freedom as a core American value under the Constitution’s First Amendment, as well as a universal human right. This law calls for the government to, quote, “[Stand] for liberty and [stand] with the persecuted, to use and implement appropriate tools in the United States foreign policy apparatus, including diplomatic, political, commercial, charitable, educational, and cultural channels, to promote respect for religious freedom by all governments and peoples.” [Full Text]