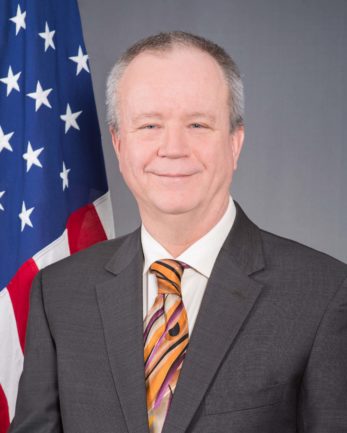 Ambassador Larry André, a career member of the Senior Foreign Service, class of Minister-Counselor, was appointed by President Trump as the United States Ambassador to the Republic of Djibouti on November 20, 2017.

Prior to joining the Foreign Service, Mr. André worked in Chad on a refugee resettlement project and served as a Peace Corps Volunteer in Senegal.

He holds an M.B.A. from Arizona State University (1988) and a B.A. in Political Science from Claremont McKenna College (1983). Mr. André speaks French. He is married to Ouroukou Younoussi André and has one daughter, Ruhiyyih Rahman André.