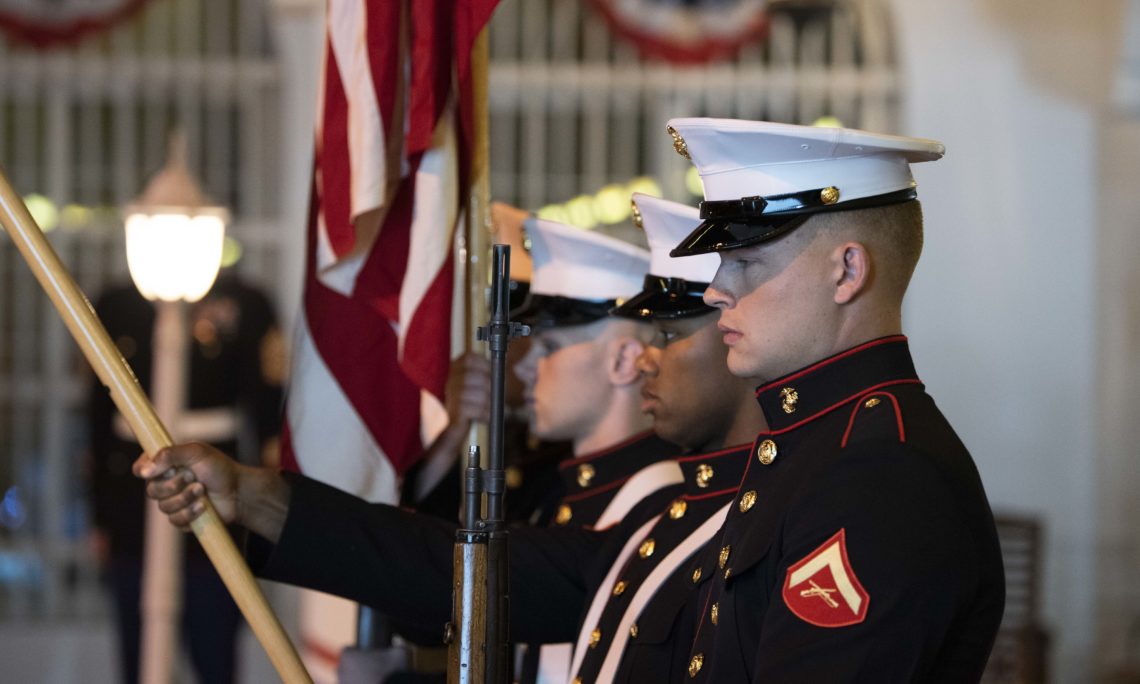 Thank you for joining us tonight to celebrate the independence of the United States of America.  We usually commemorate our Independence Day in July, when members of our legislature voted in favor of Independence from Great Britain in 1776.  Supporters of independence in our legislature had tried and failed to pass an independence declaration over the course of the first year of our armed conflict with Great Britain, but a majority of legislators initially insisted that our struggle was only to acquire political representation in the British legislature, the same as the King’s subjects in Britain.  After over a year of bitter fighting, the intention to remain within the British Empire had waned.  A strong majority emerged for outright independence.  After seven more years of war, our founding generation achieved that independence.

Over the past 244 years, our country has grown and progressed.  Djibouti has also made great strides in its nearly 43 years of independence.  I first visited Djibouti in 2000.  Since then, I have witnessed the tremendous progress your country has achieved.  I have also witnessed the partnership between the United States and Djibouti grow closer and more mutually beneficial over these past two decades.  That partnership is grounded on a common commitment to advancing security, economic prosperity, and good governance.

The strong security partnership enjoyed by the United States and Djibouti can be seen in our robust military cooperation.  In January, the United States delivered 54 Humvee military vehicles to the Armed Forces of Djibouti. We greatly respect Djibouti’s role as an exporter of security, aiding the Somali people in their defense against an organization of murderers.  United States military operations directly support Djiboutian forces in Somalia, as well as the forces of other AMISOM partners and of the armed forces of Somalia.  We are also delivering new equipment and training to the Djiboutian Navy and Coast Guard to help those services to ensure that commerce flows freely and securely into and out of Djibouti’s ports.  We are marking the fifth year of our State Partnership between the Kentucky National Guard and Djibouti, which has raised the capabilities of both security forces through leadership engagements, technical exchanges, and military education.  We appreciate the continued support, hospitality, and cooperation we rely on daily with all the military and security services here, including the Djiboutian National Police and the Gendarmerie.  We reciprocated assistance received from Djiboutian law enforcement services by providing equipment and training.

We advance our prosperity goals in Djibouti both with our assistance programs and our hiring.  Today, over eighty percent of the employees working at our embassy are Djiboutian – that is nearly 300 Djiboutian employees.  The remaining twenty percent are American.  The U.S. military in Djibouti employs over 1,000 Djiboutians and often contracts with Djiboutian firms.  Local spending by the U.S. government in salaries, goods, and services amounts to about ten percent of Djibouti’s GDP.  The Embassy also works very closely with U.S. investors attracted to Djibouti’s commercial opportunities and geostrategic location.  USAID/Djibouti and our Public Diplomacy office work with the Djiboutian ministries of Labor and of Education and Professional Training, and with the Djibouti Chamber of Commerce, to support a Workforce Development Project and English language teaching programs.  Both efforts intend to increase employment opportunities for Djiboutians.  English language skills make Djibouti more competitive in the global economy, particularly in the logistics, tourism, and hospitality sectors.  Our contributions to the local economy, our efforts to attract and direct U.S. investors, and our contributions to sustainable infrastructure and workforce development demonstrate our commitment to the prosperity of the Djiboutian people.

The Djibouti-United States partnership’s joint good governance efforts focus on increasing the availability and improving the quality of services to the Djiboutian public across the country.  Through the Civil Society Strengthening program, we help Djiboutians work cooperatively with their government to improve service delivery in education and health, to advance gender equality and to protect vulnerable populations.  The National Union of Djiboutian Women is the most prominent and among the most effective of the organizations that have benefitted from our training.  We also provide 11 million dollars of support to the Education ministry’s Early Grade Reading Activity.

Among the United States-Djibouti cooperation projects I worked on between 2000 and 2002 was an effort to reduce the prevalence of HIV/AIDS, with an aim to eradicate this terrible disease.  The Djiboutian health authorities have succeeded in keeping the prevalence rate low, but there is more work to be done.  I note that since 2017, we have provided over $4 million in HIV/AIDS prevention and relief for Djibouti, working with the Ministry of Health and Djiboutian civil society organizations.  The goal of a generation free from HIV/AIDS is within our grasp.

My colleagues and I will continue to work with all of our partners throughout Djibouti to achieve our common security, prosperity, and governance goals.  Please join me in this celebration of the independence of our country, of the partnership between our two nations, and of the friendship between our two peoples.