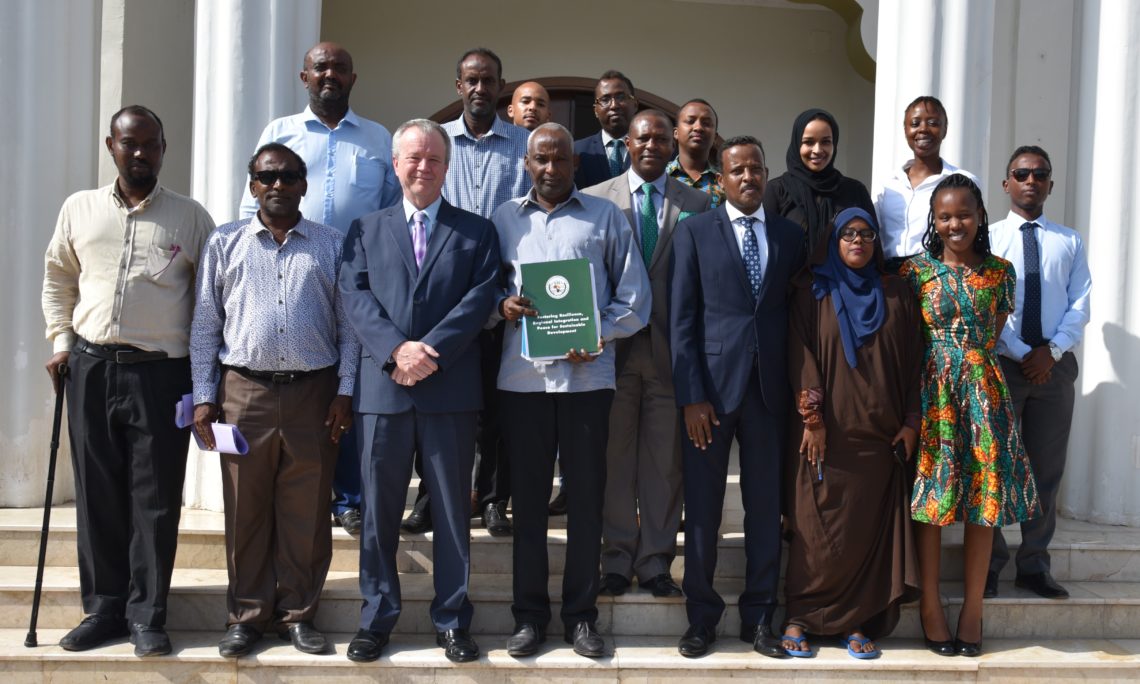 Inspector General Kadra Moussa, Mayor Fatouma Awaleh, colleagues and friends, it is a pleasure to be back in the IGAD Center of Excellence for Preventing and Countering Violent Extremism, and to be here at Djibouti City’s induction into the Strong Cities Network.
Preventing and countering violent extremism in all of its forms is a top priority for the United States as it is for Djibouti, its partners, and all countries in the region.

Experience has taught us that countering and preventing violent extremism is most effective when executed at the local and regional level.  We must build partnerships between governments, civil society, and local actors.

I am excited that Djibouti will join Mombasa and Zanzibar as East Africa’s representatives in the first-ever global network of mayors, subnational policymakers, and local and municipal actors working together to build community cohesion and resilience to counter violent extremism.

The Strong Cities Network will serve as a resource as the Government of Djibouti embarks on developing and, later, implementing its national CVE action plan.  It will also provide a venue in which to highlight Djibouti’s regional and international role in CVE as host of the IGAD Center of Excellence.

Congratulations on joining this important network!